After a little bit of waiting, Reagan Zibilski finally got the call.

Zibilski, a 15-year-old Springfield Catholic (Mo.) freshman, was notified Tuesday afternoon that she will be participating in the U.S. Women’s Open.

Zibilski recently competed in the U.S. Women’s Open Sectional Qualifier in Minnesota. She went into the event with low expectations but with the hopes of putting a pair of good rounds together before she starts summer play.

Instead, she found herself at the top of the leaderboard alongside professionals she was competing against for the first time. She finished with a 145 and beat out the No. 252 women’s golfer in the world in a playoff for the first alternate spot.

Now, she’s no longer an alternate. She will participate in the event that begins May 30  in Charleston, South Carolina.

She’s been focused on her finals at school. She said her teachers have taken good care of her as she’s pursued something her coach said is a rarity for not only freshmen but for people who come from Springfield.

Reagan Zibilski, a freshman at Springfield Catholic High School, has a chance to participate in the U.S. Open. (Photo: Courtesy Reagan Zibilski)

“It’s mind-boggling for a freshman to establish herself like that to get in the U.S. Open,” Gallant said. “Around here, we’ve had good players but not to this caliber.”

Gallant said he has heard from multiple Division I programs asking about Zibilski — including multiple teams in the Top 25. A goal of Zibilski’s is to play at a good college.

Reagan Zibilski, a freshman at Springfield Catholic High School, has a chance to participate in the U.S. Open. (Photo: Andrew Jansen/News-Leader)

In the meantime, Zibilski will practice leading up to the event.

Gallant describes her as a “range-rat,” saying she’ll stay out there all day. Zibilski said she usually goes straight from school to the range before playing a game until it’s dark and she’ll leave to do her homework.

“If you want something bad enough, you’re going to do whatever you need to do to go get it,” Zibilski said Monday. “I’m just going to practice like I’m going to get in. If I do, it would be amazing.” 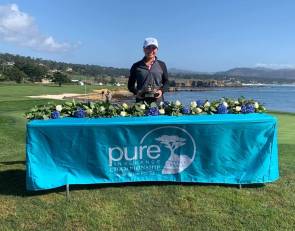 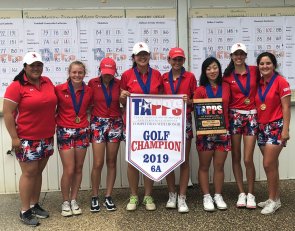