USA TODAY High School Sports has a weekly column on the recruiting process. This isn’t about where just the top five-star athletes are headed but rather a guide to the process and the pitfalls for student-athletes nationwide. This week’s article is written by Ross Hawley, the president of Playced Athletic Recruiting. Playced.com is an industry leader in college recruiting. Their technology-based recruiting service identifies the right colleges for potential recruits to pursue and provides a recruiting platform for student-athletes of all talent levels and ages.

Make an introduction. Build a relationship. Come to an agreement. When you break it down, that’s how the recruiting process works.

If college recruiting sounds a lot like dating and marriage, well, it kind of is! Whether we’re talking about an elite Division I basketball recruit, or an “under-the-radar” NAIA football recruit, makes no difference. Because when it comes to landing a roster spot at the next level, you will experience each one of these stages in that exact order.

Today, I’m going to focus on good old No. 1: making the introduction, by way of an email. Because for the unknown recruit, email is one of the most effective ways to get on a coach’s radar.

Here are a few things you need to do if you want the coach to hit reply.

It’s important, for you to understand that college recruiting is seriously competitive. Simply sending an email makes you no different than the other 100 recruits that are doing the same thing, each day. That said, don’t waste a coach’s time by sending a 20-page explanation on why you’re so great.

The reality is, they aren’t going to read it all anyway. Instead, send a brief overview of why you should be considered for their program. Ask them for their valuable feedback and what you can do to learn more about their program. Get to the point where that coach can make an easy, early assessment of you and do your best to create a conversation.

Make that happen in no more than two paragraphs!

If a coach could only make an evaluation of you based on video, what would you want them to see? Send that.

The reality is, most college coaches will see a recruit for the first time on video. It’s the world we live in! Whether it’s game film or a skill-specific workout, college coaches can watch a video and tell whether a kid can play or not. You don’t have to break the bank making some elaborate “Rocky” themed video, either. Remember, they aren’t going to watch the whole thing anyway. Just make sure they can clearly see your athleticism and what you have to offer.

Oh, and if a coach doesn’t know who you are, and you don’t include a video link, don’t expect a reply to your email.

College recruiting is about you, the student-athlete. It’s about what you want. It’s about your education, your playing experience and the college life you ultimately want to live. That is the fundamental idea you need to build your recruiting foundation on.

If you can’t make decisions about what you’re looking to accomplish, you’re leaving your future in someone else’s hands. Additionally, your indecision is a loud, ringing bell to college coaches and quite frankly, they aren’t interested in that kind of athlete.

In fact, they handle impersonal emails the same way you handle your spam mail. Delete.

So, dig in, figure out what you want and express it to the coaches you’re sending emails to. Communicating why you want to be a part of their program drastically increases the odds of a coach hitting reply to your email. 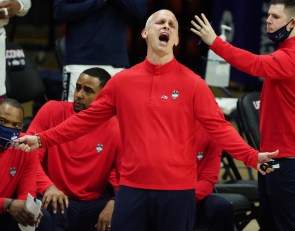 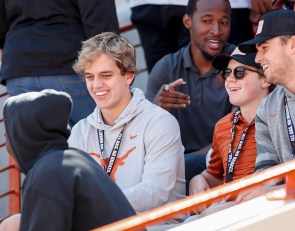 https://usatodayhss.com/2019/recruiting-column-tips-to-get-coach-to-reply
Playced Recruiting: Do this to get a coach to reply
I found this story on USA TODAY High School Sports and wanted to share it with you: %link% For more high school stories, stats and videos, visit http://usatodayhss.com.