A Southern California high school knowingly swept allegations of child sex abuse against an assistant water polo coach under the rug according to a report from the Orange County Register.

“I didn’t take it seriously,” Eric Pierce, the school’s head water polo coach, told police about a water polo parent complaining that Owens was dating his daughter, according to the Register.

The full accusations against Owens are little short of horrific, as detailed by the Register:

The failure of Kennedy administrators, coaches and teachers to fulfill their legal responsibilities as mandated reporters enabled Owens to continue sexually abusing two teenage athletes, begin sexually abusing a Kennedy freshman athlete in 2016 and sexually harass at least two other Kennedy students, asking them to have sex with him, according to police reports.

Owens allegedly molested and masturbated in front of the 15-year-old victim while they were in his car in the Kennedy faculty parking lot during school hours, according to police reports.

Owens, one of the Kennedy players he asked to have sex with told police, “regularly commented with the girls about their boobs, butts, and ranked their attractiveness.”

All of these charges are now tracking back to officials, who also oversaw another water polo coach who has since been charged with felony and misdemeanor charges related to sex with underaged girls at the International Water Polo Club in Los Alamitos. That coach, Bahram Hojreh, was fired nearly a year ago when the charges against him first broke.

Where the blame game trickles up from here remains uncertain, though there are entire layers of potential defendants, as laid out by the Register. The one thing that seems certain is that a wide variety of people affiliate with Kennedy were informed that Owens was engaging in illicit activities, and none of them did enough, if anything, to stop Owens from abusing players. 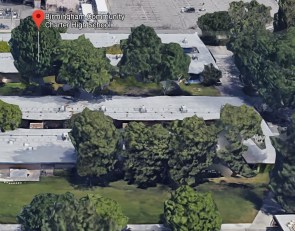