WATCH: Shareef O'Neal showed up at the Drew League and tried to dunk everything

WATCH: Shareef O'Neal showed up at the Drew League and tried to dunk everything

Less than a week after their combined gym run earned attention here and elsewhere, Shareef O’Neal was back under the spotlight at the infamous Drew League in L.A. Competing against current and former pros and college stars, the elder O’Neal scion went fairly well nuts, dunking on opponents in the lane, dunking on air in warm up lines, dunking alley oops, throwing alley oops for others to dunk.

You get the idea.

Perhaps most significantly, it was crystal clear that Shareef O’Neal has lost none of the ferocity in his game after sitting out a season with injury. O’Neal is back to his high flying best, living above the rim on offense and defense, and Mick Cronin should be very excited with his newest weapon for the forthcoming season.

Of course, we’re not there yet, which means there’s still plenty of time for more exquisite Drew League highlights for O’Neal and team Tuff Crowd. Brace yourself, because there may just be another barrage of dunks in the forecast. 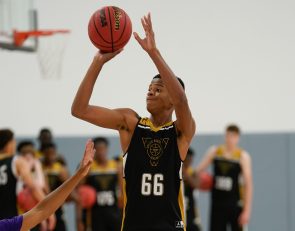 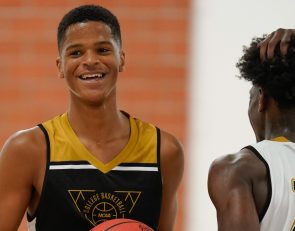 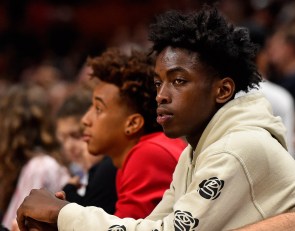 https://usatodayhss.com/2019/shareef-oneal-drew-league
WATCH: Shareef O'Neal showed up at the Drew League and tried to dunk everything
I found this story on USA TODAY High School Sports and wanted to share it with you: %link% For more high school stories, stats and videos, visit http://usatodayhss.com.