Major league umpire Chris Guccione invited a teenage ump who was involved in a game that ended in an adult brawl to attend the Dodgers-Rockies series finale Sunday at Coors Field.

Guccione and his crew just wanted to show their support for 13-year-old Josh Cordova, who found himself in the middle of a recent fight in Lakewood, Colorado. Authorities said the skirmish at a game between teams of 7-year-olds began when parents and coaches disagreed with the teen’s decisions. The video of the conflict went viral.

“It is an extremely hard job to be an umpire and keep the peace and to make the calls,” said Guccione, who is from Colorado and in his 20th season as a big league ump. “I just want Josh and his family to have a great time at the ballpark.”

These adults took over the field and began assaulting each other on 6/15 during a youth baseball game. We’re looking for any info, in particular to ID the man in the white shirt/teal shorts. Several people have already been cited in this fight and injuries were reported. pic.twitter.com/ieenhwCrbU

The family was brought in through UMPS CARE Charities, the official philanthropy of MLB umpires.

“The support has been amazing,” said Jennifer Carriera, Josh’s mother. “We are really looking forward to this experience.” 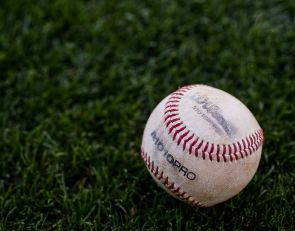 https://usatodayhss.com/2019/teen-umpire-adult-brawl-invited-dodgers-rockies-game
Teen umpire involved in adult brawl at youth game invited to MLB game
I found this story on USA TODAY High School Sports and wanted to share it with you: %link% For more high school stories, stats and videos, visit http://usatodayhss.com.