Last Friday, the Texas high school football playoff were delivered a shockwave when some of the state’s pre-tournament favorites were all eliminated in a wild second round. Chief among them were Allen, at the time ranked No. 7 in the USA TODAY Super 25, and Longview, a defending state champion and rapidly rising, regionally ranked squad.

While Jaxon Smith-Njigba understandably got the lion’s share of headlines for his six touchdowns and 258 receiving yards in Rockwall’s upset of Allen, an equally decisive performance was turned in by Dallas Jesuit’s Emmitt “EJ” Smith IV, who helped the Rangers control the game on the ground en route to a seismic upset of Longview.

How good was the scion of the Hall of Fame running back? He racked up 164 yards and all four of Jesuit’s touchdowns in a 27-25 victory. Then, when Jesuit needed to eat clock, Smith was critical, helping the team run out the game’s final 8:28 with a monster drive.

Smith IV is considered one of the nation’s top-five running back prospects and named Texas A&M, Ohio State, Georgia, Stanford and Florida as his final five contending schools.

Whichever program eventually lands him, it’s clear they’re getting a winner, just like his father. 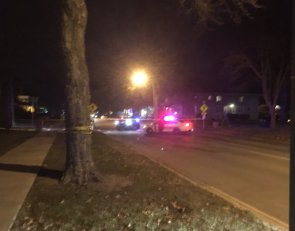 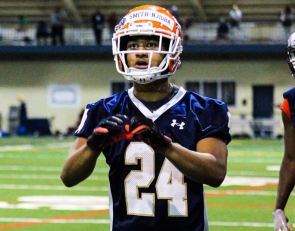