TUSCALOOSA, Ala. — Alabama will be without the gem of its top-rated 2019 signing class “indefinitely” after former five-star running back Trey Sanders suffered a serious foot injury Thursday.

“Trey Sanders did not scrimmage today because he had a foot injury that will require surgery,” Crimson Tide head coach Nick Saban said following the team’s first preseason scrimmage Saturday at Bryant-Denny Stadium. “So he will be out indefinitely.”

Sanders, who was spotted on crutches and with a walking boot prior to Saturday’s scrimmage, is expected to undergo surgery to repair his broken left foot next week.

Sanders, who was named to the 2018 ALL-USA Second Team Offense and was the No. 11 player in the 2019 Chosen 25, is expected to miss the entire season after reportedly suffering the injury on the final play of Thursday’s practice, according to AL.com.

By all accounts, the 6-foot and 214-pound Sanders had been impressing during the first week of preseason camp while working with the first- and second-team offense, usually as either the third or fourth running back in the rotation.

“Trey Sanders is doing really, really well in camp,” Saban said last week. “His work ethic is really good. He’s learning every day. His attention to detail seems to be pretty good. He’s got some ability that may be able to contribute to the team.”

Since famously predicting he’d win the Heisman Trophy as a true freshman during his National Signing Day announcement in February, Sanders has carried significant expectations, with many believing the former IMG playmaker could challenge juniors and expected starters Najee Harris and Brian Robinson Jr. for playing time this season.

Instead, Sanders’ loss further elevates the importance of Harris and Robinson becoming steady and reliable lead options out of the backfield. It also means redshirt freshman Jerome Ford and true freshman scatback Keilan Robinson could see more opportunities this season than originally anticipated.

Read the full story at the Montgomery Advertiser. 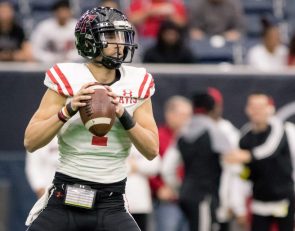 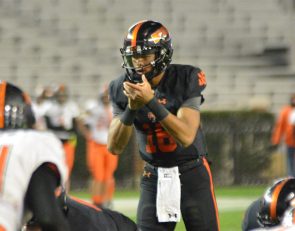 https://usatodayhss.com/2019/trey-sanders-miss-freshman-season-alabama-injury
2019 ALL-USA RB Trey Sanders expected to miss freshman season at Alabama to foot injury
I found this story on USA TODAY High School Sports and wanted to share it with you: %link% For more high school stories, stats and videos, visit http://usatodayhss.com.