Posters of boxing greats populate the walls of Rock Boxing Gym on East Alisal Street. Waves of sound reverberate around the room.

But one boxer is immortalized on the walls more than any of those greats: Salinas native and world champion Jose Celaya. Souvenirs and posters of the Alisal alum occupy a majority of the space.

Celaya isn’t just in those frozen moments of his career.

It’s 3,000 miles from where Celaya reached the height of his career. But the ropes, four corners and dinging bells of rounds have been a home for him as long as he can remember.

More than a decade after achieving worldwide fame in the ring, Celaya still fondly remembers the excitement of the fight while also dealing with the aftermath. Namely, permanent damage to his left eye and difficulty speaking. He can even be found singing with the Hartnell Community Choir these days.

And he’s still in the ring, spending his time these days giving knowledge back to young boxers in Salinas.

The champion in a new role

His career took him thousands of miles from home and to fame higher than many of his peers ever dreamed of. Looking back is fun for nostalgia’s sake, but Celaya wants to look ahead.

In 2017, Celaya was inducted into the Salinas Valley Sports Hall of Fame. The next year, another Hall of Fame added Celaya to its ranks: the California Boxing Hall of Fame.

“I’m so thankful for what Salinas did for me,” he said. “I have no regrets…I’m happy to be here and want to give back.”

Giving back sometimes goes beyond Rock Boxing — like when he spoke with kids at the Rancho Cielo Youth Campus — but he spends most hours of the day there helping everyone from teens training for a chance at national titles to new kids trying out a sport for the first time.

Princerey Randolph, 7, has become a regular in the ring with Celaya. His sister Aubrey, 8, recently sparred for the first time against 9-year-old Xavier Moreno.

But Celaya’s coaching helped her. After sparring with Moreno for three minutes, Celaya pulled her aside before monitoring Princerey and his opponent.

“Keep your arms up,” he said, motioning with his forearms on how to defend. When she does, he corrected the angle of her arm to be more upright and stable.

She spent the next round transitioning back and forth from defense to consistent jabs, protecting herself from powerful hits to the head.

“He helps us a lot and I’m definitely learning from it,” Aubrey said.

That help comes from experience that began well before she and her brother were born.

Twenty-six years ago, Celaya stepped into the ring for his first fight. He was 10, wearing a Bart Simpson “Bartman” shirt and gloves like padded anvils on the ends of his slender arms.

The definitive chiseled jawline and high cheekbones were already shaping up as he deftly danced throughout the ring, dishing hits far more powerful than other kids his age.

That started two decades worth of fighting for the local hero.

“El Cuate” (The Twin) had an orthodox stance, above-average reach and a narrow focus on his opportunity. Growing up in East Salinas made him mentally strong, he explained, so it was down to matching his physical strength with that fortitude.

As Celaya rose, so did Salinas’ violent crime rate. By his first professional fights in 2000, the city had cracked the state’s top eight, according to FBI statistics.

He worried about getting jumped while walking down the street with his brother. Friends and peers joined gangs, got into drugs.

“People I knew got in trouble,” he said. “My friend went from (juvenile hall) to jail, jail to prison and prison to other prisons… there were so many ways that could’ve happened to me. I knew I had to keep focused on what was in (the gym).”

That focus quickly paid off. He made it to the Olympic trials in 1999 for a chance to represent the U.S. in the 2000 Summer Games in Sydney, Australia as an alternate. That same year, he graduated from Alisal High School.

Rising star of the valley

“In his heyday, at the time, there was no bigger figure in Salinas than Jose Celaya,” said George Watkins, who covered sports for The Salinas Californian for 37 years.

That heyday began in earnest shortly before Celaya could legally drive. Trainer Max Garcia helped the welterweight fighter get to a championship level — even if that meant going for 10-mile runs through Aptos in the pouring rain within weeks of a fight.

“It was tough but important for staying strong in the fight,” Celaya said. “(Max and his wife Kathy) were the best. Anything I wanted, they did it.”

Max handled the training aspects, Kathy managed matters outside of the ring. On June 24, 2000, the team’s work began to pay off.

That night the 19-year-old Celaya stepped into the ring at the Peppermill Hotel and Casino in Reno, Nev. That started a run for nearly four years with nothing but victories in the ring, save for a split decision loss against Kenito Drake.

Jose Celaya gets his hands taped up in preparation to fight his opponent at the Riot at the Hyatt bout in Monterey, 2000. (Photo: Provided to the Californian)

“You’d read about him, see about him and hear about him,” Watkins said. “He was everywhere you looked.”

The biggest victory of all came in a place the Alisal native only dreamed about.

He had told the Garcias he wanted to box in Madison Square Garden in New York City, known as “The Mecca of Boxing,” in 1998, before he’d even challenged for an Olympic spot.

Sweat poured from Celaya’s head as Max coached him through the toughest challenge yet. After 12 rounds, his opponent Freddy Curiel took a corner retirement. The 20-year-old was champion and back home, the Salinas Valley celebrated.

“I remember going to a doctor’s office and there was a framed picture of him on (the doctor’s) desk,” Watkins said. “Just like you’d have of a pet or family member. I asked if she was his kin and she said, ‘No, I just like the way he fights.’”

Two more times Celaya was challenged for the Welterweight title. And twice he emerged champion again.

But things eventually slowed down for El Cuate.

Seven rounds in and Celaya’s left eye was nearly swollen shut. Two near-knockout punches from Chavez Jr. had taken their toll. With 51 seconds left in the eighth round, Celaya called it.

In all, Celaya engaged in over 200 fights and countless sparring sessions leading up to those last fights. His pro record was 31-7 with 16 knockouts and his amateur mark was 75-17.

That kid in the Bart Simpson shirt went across the country and became the greatest boxer in the history of the Salinas Valley in just over a decade, something few that morning 26 years ago could’ve imagined.

“I’ve been to New York, Indiana, Florida, Colorado,” Celaya said. “I’ve been so many places for this.”

Celaya pummels his opponent at the Riot at the Hyatt bout in Monterey, 2000. (Photo: Provided to the Californian)

His left eye remains slightly shut from the fight with Chavez Jr. It marginally affects his vision to this day.

His speech is laborious, burdened by a case of dysarthria, a speech disorder caused by muscle weakness. This is likely related to the cumulative toll of numerous punches, said  Jennifer D’Attilio, director of speech and language services at the Central Coast Language and Learning Center.

Signs of dysarthria include slurred or mumbled speech that can be hard to understand.

“Ninety percent of what we do with our tongue when we talk we don’t think about,” D’Attilio said. “For people with dysarthria, that 90 percent becomes difficult.”

D’Attilio’s been working with Celaya for a year and a half. His progress is noticeable, but speech is still difficult.

“He’s definitely improved,” D’Attilio said. “It’s been great to see him get his confidence back.”

He’s also taken up singing with the Hartnell Community Choir to help control his speech volume and enunciation. That’s helping the former champion — Celaya speaks most clearly following a practice or performance.

“Everything’s good up here,” he said, pointing to his head. “But (understanding me) can be hard.”

With local schools out for summer in the coming weeks, Celaya and Corona are anticipating a big influx of new kids looking to try out the sport.

Corona’s compact frame is energized like a coiled spring, his voice even and sturdy. He reached out to Celaya in 2013, and the champion has been helping him with the steady increase of students at Rock Boxing.

“I have these kids coming in, wanting to be great,” he said. “They seem him (Celaya) and their eyes light up. They can listen to me, yeah, but I’m a coach they hear every day. He’s different.”

One of Corona’s favorite cues is telling the students if they want to be great, they have to get up early. How early?

“Five in the morning,” Celaya will say, raising a spread hand.

This second act of his boxing career is part of giving back and giving thanks to the community that helped him.

“Fighting saved me,” Celaya said. “If I can help these kids… I want to do it.” 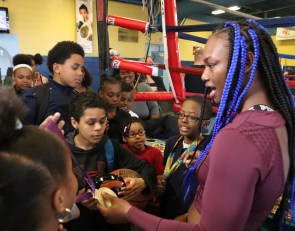 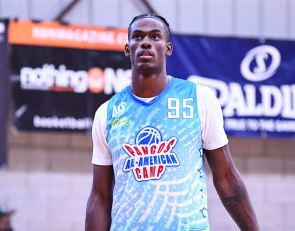