A Wisconsin high school confirmed that a group of its players were involved in a hazing incident, with few details either known or released.

As reported by ABC affiliate WISN and our Gannett partner the Milwaukee Journal-Sentinel, New Berlin School District officials confirmed that members of the Eisenhower High School (New Berlin, Wis.) football team engaged in a hazing incident which allegedly took place away from the campus.

While the full details of the incident remain unknown, police confirmed that none of the alleged victims lodged a formal complaint, leaving the incident to be handled solely by school officials.

Eisenhower principal Matthew Buckley told WISN that school officials were alerted to the incident by an anonymous tip and that none of the school’s football coaches had any idea what transpired.

Matt Kern, the school’s football coach, told the Journal-Sentinel in an email that he had been instructed not to comment on the investigation.

The school district told WISN that it is not allowed to discuss any student discipline, but parents who were briefed on the incident told the network the alleged hazing involved paddles and was expected to net some of the students involved a suspension of up to five games.

Meanwhile, the New Berlin School District said it hoped the case and subsequent punishments would serve as a deterrent against future hazing.

“We believe the investigation and actions taken by the District in response to these incidents will resonate with all our student-athletes and send a firm message that this behavior will not be tolerated in the School District of New Berlin,” Berlin Superintendent Joe Garza told WISN.

You can read the full letter sent to parents from Garza at the Journal-Sentinel. 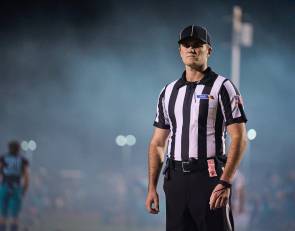