BATTLE CREEK — Jess Mruzik floated the ball over a pair of defenders at Kellogg Arena on Saturday, and when it sailed and dropped to the floor, the Farmington Hills Mercy volleyball team became state champions.

Mercy finished its historic season 58-1 — the only loss coming in a Sept. 14 matchup against the Red Arrows (55-4), when Mruzik was away from the team to compete with the U.S. U-18 national team at the world championships in Egypt.

The Marlins’ senior outside hitter was dominant in her final outing for Mercy. The 6-foot-2 Miss Volleyball Award winner, who signed her letter of intent with Michigan on Monday,  finished with 38 kills — the third-most in finals history during the rally-scoring era.

“We’ve worked so hard throughout this season. I truly believe that we deserve this trophy,” Mruzik said. “Lowell played amazing. They are an amazing team. But I think, in the end, that we’ve been working so hard and have been working toward this goal the entire season and two years prior when we lost here.”

Mercy coach Loretta Vogel, in her 11th year, was the last to pile on the team as it celebrated on the floor of the arena. She brought her entire roster into the post-match news conference to emphasize what a complete team effort it took to win the first championship in program history.

“I think from the beginning, everyone played their roles,” she said. “We didn’t bring anyone up from our JV or freshman team, because it was emphasized that this a very close-knit group.” 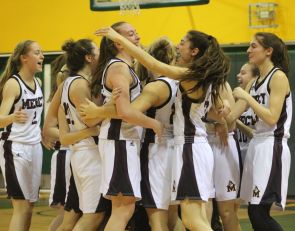 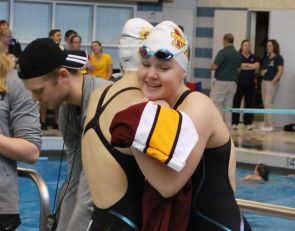 https://usatodayhss.com/2019/with-help-from-jess-mruzik-farmington-hills-mercy-finishes-up-dominant-volleyball-season
With help from Jess Mruzik, Farmington Hills Mercy finishes up dominant volleyball season
I found this story on USA TODAY High School Sports and wanted to share it with you: %link% For more high school stories, stats and videos, visit http://usatodayhss.com.