Chet Holmgren, the top recruit in the class of 2021, has been named the Naismith boys high school basketball Player of the Year by the Atlanta Tipoff Club.

Holmgren is averaging 20.6 points per game so far this season for Minnehaha Academy and has scored in double figures every game. With Holmgren leading the charge, Minnehaha currently sits at 13-1 on the year. Holmgren is the first Minnesota native to receive the Naismith High School Trophy.

“This is a tremendous honor, and I’m so appreciative to win the Jersey Mike’s Naismith Trophy,” Holmgren said. “I’d like to thank my family, teammates and coaches for helping me to achieve success, and I also want to thank the Atlanta Tipoff Club and Jersey Mike’s for recognizing me.”

Holmgren recently narrowed down his recruitment to a list of finalists consisting of Georgetown, Gonzaga, Memphis, Michigan, Minnesota, North Carolina and Ohio State. Gonzaga is currently viewed as the favorite to land Holmgren, as his 247Sports Crystal Ball reads 100% in favor of the Bulldogs.

“It is great to see the fans (on social media) trying to lead me to their school,” Holmgren said. “I am not letting it play too much into my decision because at the end of the day I have to find what is best for me and my future. Wherever I end up going, I am sure their fans will be the happiest for me.”

The Jersey Mike’s Naismith High School Trophy for Player of the Year was first presented in 1987, and the winners are selected by a group of basketball journalists from around the country who form the Naismith Awards national high school voting academy. The selections were based on outstanding performances during the 2020-21 high school basketball season. 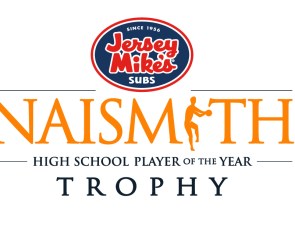 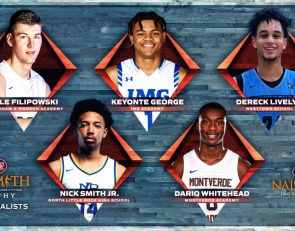 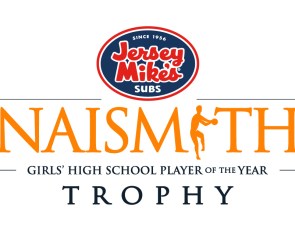 https://usatodayhss.com/2021/chet-holmgren-naismith-boys-high-school-basketball-player-of-the-year-2021
Chet Holmgren named 2021 Naismith Boys HS Basketball Player of the Year
I found this story on USA TODAY High School Sports and wanted to share it with you: %link% For more high school stories, stats and videos, visit http://usatodayhss.com.