When former NFL running back Jahvid Best became the head coach at Saint Mary’s High School in the San Francisco Bay Area last month, C.J. Anderson was one of the first people to call him and offer congratulations.

Now, Anderson is on the receiving end of those congratulatory phone calls after taking over a high school football program of his own.

Anderson was recently named the new head coach at Monte Vista High School in Danville, California. The former Super Bowl champion and seven-year NFL veteran is set to inherit a program that posted an 0-6 record in an abbreviated spring season.

“I’m super excited and grateful for this opportunity to uphold the tradition at a great school and program,” Anderson said in an interview with MaxPreps. “No matter where you go, what college you attend or NFL team you play for, you want to know and keep that history going.”

Anderson played in three Super Bowls during his NFL career — two with the Denver Broncos and one with the Los Angeles Rams at the tail end of his career. Anderson was a major contributor in Denver’s Super Bowl L win over the Carolina Panthers, rushing for 90 yards and a touchdown. Anderson concluded his career with 3,497 yards and 22 rushing touchdowns.

Anderson spent last college football season working as a graduate assistant at the University of California, where he played two seasons after starting his college football career at Laney, a California junior college powerhouse.

“We’re incredibly excited to bring in C.J. with all his wealth of experience not only as a player but in the sport of football,” Monte Vista athletic director Andy Popper said. “He brings in great enthusiasm, his smile and energy are infectious and he wants to be here. He wants to be a Mustang. It’s the place he wanted to be.” 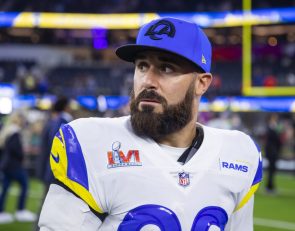 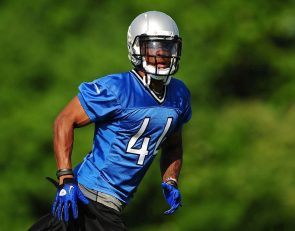