Lake Highland Prep (Fla.), Westlake (Ga.), Paul VI (Va.) and Fremont (Utah) are the four teams in the field, with Lake Highland Prep set to take on Paul VI and Westlake playing Fremont in the semifinals on April 2. The semifinal winners will play for the championship the following morning at 10 a.m. ET on ESPN2.

Lake Highland Prep won the Florida 4A state championship on Feb. 27, while Westlake won a Georgia AAAAAA earlier this year. Westlake is led by 2021 Naismith Girls High School Player of the Year and McDonald’s All-American Raven Johnson. Fremont won Utah’s 6A title, while Paul VI won all 10 games of its abbreviated season. However, Paul VI has not played since Feb. 9.

All four teams in the field are currently undefeated. 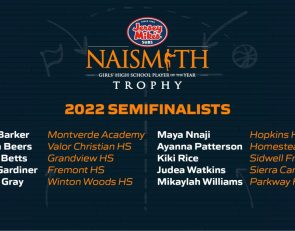