IMG Academy is on the hunt for its third coach in as many seasons.

Bobby Acosta, who led the Ascenders to a national championship last season, is leaving Florida to accept the head-coaching job at Del Valle High School in Texas. IMG Academy went 8-0 under Acosta’s watch in 2020, outscoring opponents 381-82 along the way. Its most impressive win over the season was a 41-14 romp over Duncanville in Texas in a battle of the then-top two teams in the country, according to the USA Today Super 25.

“I knew I found my new home after meeting with Athletic Director Tawni Angel and Superintendent Dr. Annette Tielle,” Acosta said in a statement. “Del Valle has a culture of excellence and wants to infuse our students with the tools to be successful.”

Acosta was the wide receivers coach Minnesota’s College of St. Scholastica in 2019 before becoming IMG Academy’s head coach. Prior to his one-year stint in Bradenton, Acosta accumulated coaching experience at the college level at Bucknell (2017-18), Cornell (2016) and Syracuse (2014-15).

Acosta takes over for Charles Burton at Del Valle. Burton, the father of five-star wide receiver and Ohio State commit Caleb Burton. The elder Burton was 29-51 at Del Valle and was the school’s longest-tenured head coach. Caleb Burton has elected not to play his senior season at Del Valle after his father stepped down.

Now, IMG Academy begins a search it has become all too familiar with in recent years. Whoever becomes the program’s next head coach is slated to inherit a loaded roster featuring numerous five and four-star recruits, headlined by five-star 2022 safety Keon Sabb and four-star 2022 quarterback A.J. Duffy. 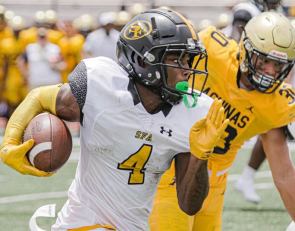 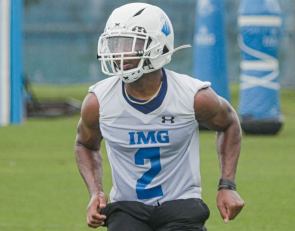 https://usatodayhss.com/2021/img-academy-football-bobby-acosta-del-valle-high-school-football
IMG Academy looking for new football coach after Bobby Acosta leaves for Del Valle
I found this story on USA TODAY High School Sports and wanted to share it with you: %link% For more high school stories, stats and videos, visit http://usatodayhss.com.