The Kentucky men’s basketball recruiting class became even more loaded on Wednesday when five-star wing Chris Livingston committed to the program. He becomes the third five-star player to join the class of 2022.

Livingston, the No. 6 player in the 247Sports composite, will walk in alongside No. 17 player Skyy Clark from Montverde Academy (Fla.) and No. 1 overall player Shaedon Sharpe from Dream City Christian (Glendale, Ariz.).

With so much talent, what will the Oak Hill (Mouth of Wilson, Va.) star’s role be in the offense?

Livingston told Sports Illustrated’s Jason Jordan that John Calipari plans to use him in a role that is similar to former Kentucky stars Devin Booker, Kevin Knox and Keldon Johnson.

“Being that I’m a big guard and my stature and my skill set, that I’m a shooter, they showed me film of people like Kevin Knox, Devin Booker and Keldon Johnson,” Livingston said.

Knox was selected No. 9 overall, Booker was picked in the lottery despite a sixth man role at Kentucky, and Johnson was drafted at No. 29.

“The dribble-drive offense fits me well,” Livingston said. “They’re really trying to get me downhill during the games, get me in the lane a lot, shooting a lot of floaters, and still being off the screen, off the catch.”

Livingston absolutely dominated last season at Buchtel High School (Akron, Ohio), were he played before transferring to Oak Hill for the 2021-22 school year. He averaged 32 points, 16 rebounds and five assists per game, according to Jordan. In the adidas 3SSB circuit, he posted 21 points, seven rebounds and four assists per game, Jordan wrote.

He’ll be tested at national powerhouse Oak Hill before heading off to national powerhouse Kentucky. Once he gets there, he’ll try to play his role just as well as Knox, Booker and Johnson did — one which got them all into the NBA as first-round draft picks. 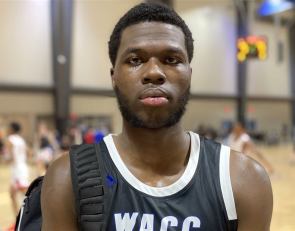 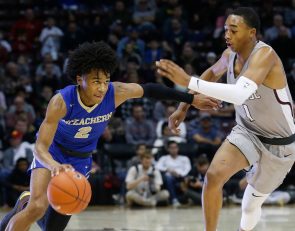 https://usatodayhss.com/2021/si-kentucky-plans-to-use-chris-livingston-like-devin-booker-kevin-knox
SI: Kentucky plans to use Chris Livingston like Devin Booker, Kevin Knox
I found this story on USA TODAY High School Sports and wanted to share it with you: %link% For more high school stories, stats and videos, visit http://usatodayhss.com.