Arceneaux drained buzzer-beaters at the end of regulation and overtime, leading Beaumont United to a 71-70 victory over Kimball High School to claim the Texas Class 5A title. The 6-foot-7 junior first hit a three as time expired in regulation to tie the score at 64 and send the game into overtime.

OMG. Beaumont United’s Terrance Arceneaux sends this to OT with an incredible 3-pointer.

He then followed up his regulation heroics with another three at the buzzer in overtime, this one giving Beaumont United the win and state championship.

TERRANCE ARCENEAUX. ARE YOU KIDDING ME. NOT ONCE BUT TWICE.

Arceneaux, who finished with 24 points, nine blocked shots and seven rebounds earned game MVP honors. According to 247Sports, he is currently the No. 111 recruit in the class of 2022 and boasts offers from Houston, Lamar, LSU, Old Dominion, Oral Roberts, Rice, TCU and Texas A&M.

“Arceneaux is an explosive athlete with a wiry build,” 247Sports’ Brandon Jenkins said in his scouting report of Arceneaux. “He is a long and rangy prospect who gets off his feet to rise up in a hurry and already has a history of dunking on people. He stands out on the defensive end with excellent length combined with good bounce and fluid strides.

“Each time he laces them up, Arceneaux is bound to get his fair share of deflections and blocks. His best basketball is ahead of him if he continues to improve his jump shot and ability to play off a live dribble in the half-court.” 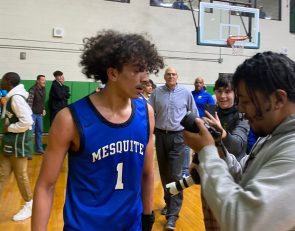 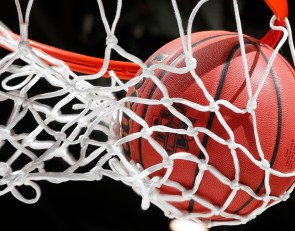