Preseason football is back, which means we finally get the return touchdowns, interceptions, and backflip competitions.

That’s right. Before the start of the Buffalo Bills game against the Denver Broncos on Saturday, Bills wide receiver Isaiah McKenzie was challenged by a young fan in a Josh Allen jersey. Whose backflips are better?

After McKenzie easily matched the kid’s first backflip, the fan went for something a little more complex: He cartwheeled into a flip. He couldn’t quite stick the landing, but it was a brave attempt nonetheless in front of not only an NFL player but lots of fans in the bleachers watching the two go at it.

McKenzie landed his flip and gave the kid a high-five.

The kid will have to keep working on his skill — hopefully he’ll get another chance to land these flips alongside a pro athlete soon. Getting up in front of the crowd was impressive as-is.

Interactions like there are among the most fun parts of preseason football. There are some on-field plays that can help coaches and audiences glean insight to the newer players on their teams, but without the pressures of the true NFL season, players and fans are able to have more normal, fun interactions that don’t risk interrupting the competition of the league. And it’s a memory to which this kid can hold on. Especially because the Bills won 42-15. 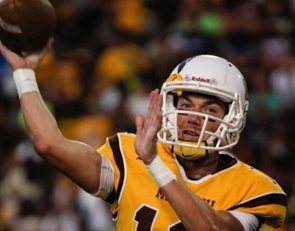 UCF to honor injured quarterback McKenzie Milton with leis, a taste of home 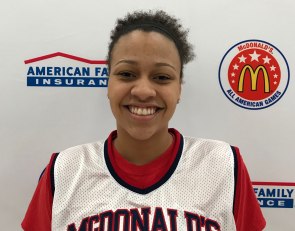 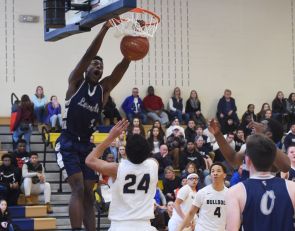 Beacon still hopeful after post-forfeit setback in loss to Lourdes