Duke is building up its recruiting class for 2023 in women’s basketball. On Monday, it was announced that the country’s No. 3 overall recruit in the ESPNW 100 and five-star guard Jadyn Donovan has committed to Duke.

Donovan was also considering offers from North Carolina, Arizona, UCLA, Tennessee and Notre Dame. In the end, she says she chose Duke for academics, according to the Washington Post.

“The basketball program is super serious, but the school and the environment, people are there to get a great education… Duke is just a place for me to honestly just learn literally anything I can.” 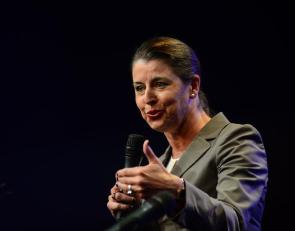 A big get for the Duke women’s basketball team