LSU’s March got a little madder. The Tigers will be going through the NCAA Tournament without men’s basketball coach Will Wade, who was fired on Saturday after the NCAA accused Wade of major recruiting violations.

The NCAA charged Wade with “at least” six Level 1 violations and LSU with a total of eight Level I and two Level II, according to USA TODAY.

Violations include making cash payments and job offers in effort to convince a recruit to attend LSU, according to the New York Times.

ESPN reported that text messages revealed alleged hush payments and an allegation of a $300,000 payment made by an assistant coach. Violations also allege the an illicit recruiting meeting, a scholarship for a friend of a recruit, helping a recruit obtain a visa and “impermissible academic assistance.”

Wade was previously suspended in 2019 for refusing to cooperate with LSU officials over an NCAA investigation of a 2017 phone call in which Wade discussed an “offer” to Javonte Smart, who was a top-50 recruit at the time. Wade returned to the program when he agreed to adjust his contract to allow LSU to fire him if he made Level I or II violations, according to the Times.

LSU currently has two commits in its class of 2022, both of whom are five-star prospects. Julian Phillips, a power forward out of Link Academy (Branson, Mo.) who is ranked No. 12 overall on the 247Sports Composite has signed his letter of intent, while center Yohan Traore of Dream Christian Academy (Glendale, Ariz.), the No. 15 player in the class, is a hard commit but has not signed, per 247.

As LSU seeks goes through March Madness and seeks out a new coach, it will have to keep these players in the back of its mind. 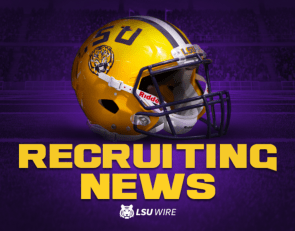