It’s a brave new world with regards to what amateur athletes can do marketing themselves. The latest example is Los Alamitos (Calif.) quarterback Malachi Nelson, who made news today by becoming the first high school athlete to sign with LeBron James and Rich Paul’s agency Klutch Sports, according to a report by Pete Thamel at ESPN.

Mostly focused on the NBA, Klutch has several Hollywood clients as well as a couple of NFL players.

ESPN has Nelson ranked as the top quarterback and recruit in the country, while others have Isidore Newman (La.) QB Arch Manning in that spot. For what it’s worth, 247Sports has Nelson No. 4 at his position and No. 5 overall.

Either way, Nelson (6-foot-3, 182 pounds) is one of the best young QBs in the nation and this deal should help him capitalize on that status.

As for what comes next, Nelson verbally committed to USC back in November of last year. He did turn some heads by visiting Texas A&M last month, though.

Related: See the current NIL rules for high school athletes in each state 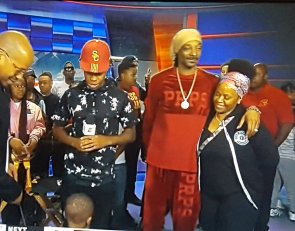