The No. 1 player in the 2022 recruiting class is following Coach Prime to Colorado.

Travis Hunter announced yesterday that he’s transferring from Jackson State, where Deion Sanders had been serving as head coach prior to accepting the position at Colorado. Hunter announced the news on his Youtube channel and shared it on Twitter.

A hybrid cornerback and wide receiver, Hunter (6-foot-1, 165 pounds) was a five-star plus recruit last year and the top overall prospect in the entire class.

During his time at Collins Hill (Ga.) Hunter put up some stupendous numbers on both sides of the ball, including 48 touchdown catches, 4,373 all-purpose yards and 19 interceptions.

Hunter turned heads last year by flipping his commitment from Florida State to Jackson State on the first day of the Early Signing Period, dubbed by some as the biggest surprise in recruiting history.

As a Freshman at Jackson State he played eight games, posting 18 catches, 188 yards and four touchdowns as a receiver. As a cornerback, he totaled 20 tackles, eight passes defensed, two picks and a fumble recovery.

Colorado’s transfer class now ranks No. 7 in the nation.

Every 2023 recruit for Colorado since Deion Sanders was hired 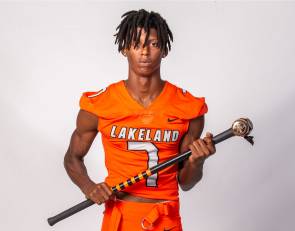 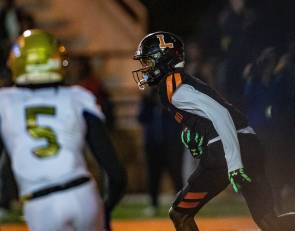