Where are the top 2023 football recruits currently committed?

Where are the top 2023 football recruits currently committed?

The 2023 football recruiting cycle is still in its infant stages, but many top prospects have already signaled their commitments to powerhouse programs across college football.

10 of the top 60 class of 2023 recruits according to the industry-generated 247Sports Composite rankings have already made pledges to college coaching staffs — including No. 2 overall prospect Malachi Nelson. Many more are inching closer to commitments with the spring approaching.

Recruiting is always fluid and early commitments do not become official until prospects put pen to paper either during the Early Signing Period in December or National Signing Day in February. With that being said, let’s take a look at which top recruits are already committed and where they are heading. 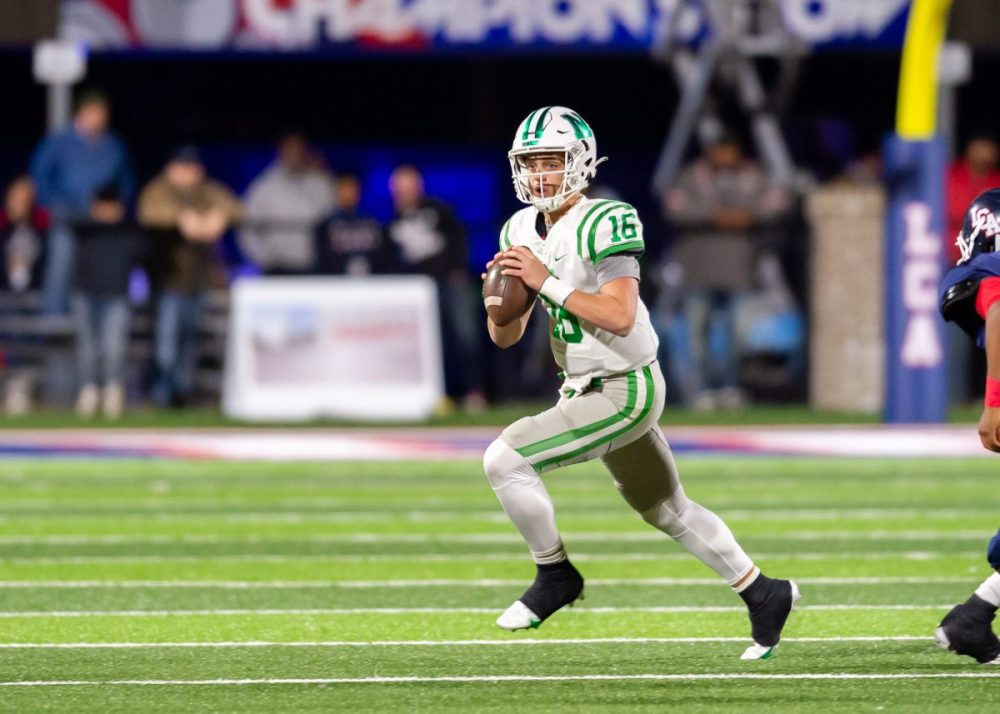 Recruit Ranking: No. 2 overall, No. 2 quarterback, No. 1 California

Recruit Ranking: No. 31 overall, No. 1 interior offensive lineman, No. 1 Virginia

Recruit Ranking: No. 53 overall, No. 5 offensive tackle, No. 5 Georgia

https://usatodayhss.com/lists/2023-football-recruiting-commitments-malachi-nelson
Where are the top 2023 football recruits currently committed?
I found this story on USA TODAY High School Sports and wanted to share it with you: %link% For more high school stories, stats and videos, visit http://usatodayhss.com.