This past week’s biggest recruitment in the country came when four-star wide receiver Jeremiah McClure announced his commitment to UCLA. McClure (6-foot-2, 195 pounds) is ranked No. 34 at his position and No. 18 in the state of California. 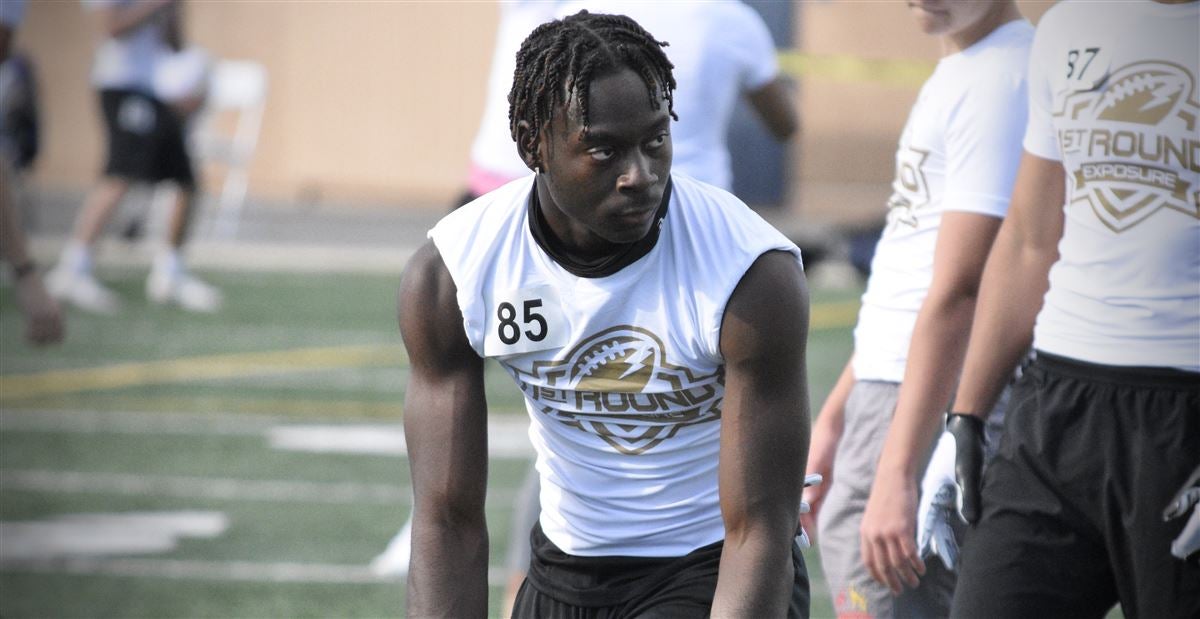 Last season as a Junior, McClure posted 38 catches, 958 yards and eight touchdowns on offense. He also put in some exceptional work with the special teams unit, totaling 414 yards on just 13 punt returns and 118 more on three kickoffs.

Asked about his decision, McClure told 247 Sports that he has a great relationship with the staff and has a strong comfort level.

“I had a chance to talk with Chip Kelly one on one there and he was super cool. He asked me about some of my favorite routes and then during practice, he asked me what I would do in certain situations. It was a good time and I always have a really strong comfort level there at UCLA.”

McClure had offers from 15 other schools but chose the Bruins over reported finalists Arizona, Indiana and Washington. This addition makes 10 commits for UCLA’s 2023 class. He is their top recruit in this cycle and raises them to No. 61 in the rankings.

McClure and UCLA may get top billing, but Michigan State also got themselves a four-star recruit earlier this week.

Michigan State now has nine four-star prospects and 13 commits total in their 2023 class. Their recruiting score is up to 200.58, which ranks No. 31 in the nation.

This will be an important weekend for Brent Venables and the Oklahoma Sooners, who are hosting rival Oklahoma State tomorrow night. They’ll also be hosting three five-star defenders from around the country, per Rivals.

The centerpiece of Oklahoma’s recruiting efforts this weekend is Hicks (6-foot-4, 270 pounds), who recently commited to Texas A&M. However, the Aggies have been hit with a run of decommitments lately, including five-star linebacker Anthony Hill. Hicks might be the next. He is ranked the No. 1 defensive lineman in the state and the nation and No. 9 overall in this class.

The Sooners could land two five-star linemen if they play their cards right this weekend. They’ll also be hosting the second-ranked DL in the class of 2024 in Stone (6-foot-4, 270 pounds). He has 25 other offers to choose from though, including one from Michigan State.

Oklahoma will also be wooing a potentially-critical piece for the back end of their defense. Ranked the No. 2 safety in the 2023 class, Bowen (6-foot-0, 185 pounds) committed to Notre Dame on January 1 and has been reportedly helping them recruit other players. However, his decision is not final yet and the Sooners could still flip him.

Recruits to keep an eye on for Penn State football

What recruits will sign and who returns for Texas?