With the season soon changing from winter to spring, high school baseball season is upon us.

Most of the country missed out on high school baseball last year due to the COVID-19 pandemic, while those who did play in 2020 had their season cut well short because of the coronavirus. Teams will be back in action in 2021, though, with some taking lengthy winning streaks back onto the diamond with them.

In the spirit of high school baseball season returning, here are nine programs with the longest active winning streaks across the United States.

Gateway Christian did not take the field in 2020 due to the COVID-19 pandemic, but dominated its competition throughout 2019, winning by an average of 13 runs per game and twice scoring 30 runs in a game en route to a New Mexico Class A state championship.

Libson didn’t play in 2020 because of the COVID-19 pandemic and isn’t expected to take the diamond again until April. When the Greyhounds do return to action, though, they will carry a 20-game winning streak and the burden of defending their Class C 2019 state championship.

Jesuit ended 2019 with an eight-game winning streak and a Florida state championship. It picked up where it left off when it returned to the field in 2020, going 9-0 before COVID-19 brought an abrupt end to its season.

The coronavirus pandemic wasn’t enough to bring an end to Jesuit’s winning streak, though, as the Tigers are 4-0 to begin 2021.

Appoquinimink went 22-0 and won a state championship in 2019. The Jaguars were primed to dominate once again in 2020 with Delaware Gatorade Player of the Year Lorenzo Carrier returning at shortstop before COVID-19 struck, but Carrier is back for his senior year and Appoquinimink remains in a good position to continue its winning streak in 2021.

Colonel Richardson dominated in 2019, going 24-0 en route to a Maryland Class 1A state championship. Most of its championship team was set to return to extend its winning streak in 2020, but COVID-19 had other plans.

Center Moriches is the first program on this list to have a winning streak that dates back to the 2018 season. The Red Devils won their final five games that year before going 27-0 in 2019 and repeating as New York Class B state champions.

Andrean dropped the second game on its 2019 schedule, but ripped off 35 wins and took home an Indiana 3A state championship after that. Andrean did not play in 2020 and does not begin its 2021 season until the end of March.

Webster won the final seven games of its 2018 season and went a perfect 30-0 in 2019 to give itself the nation’s longest active winning streak. Webster, who is coached by former MLB pitcher Jarrod Washburn, does not begin its 2021 season until April. 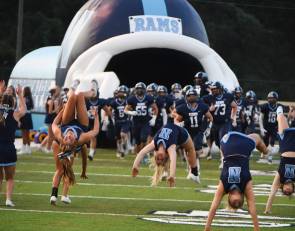 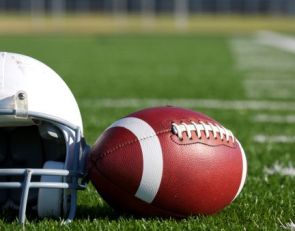