Georgia won the national championship last season on the strength of their defense, and that unit has continued to dominate the competition this year. Heading into Week 5, the Bulldogs are 4-0 and their opponents have averaged just eight points per game. However, while they hang their hats on defense, that doesn’t mean they’re neglecting the other side of the ball. 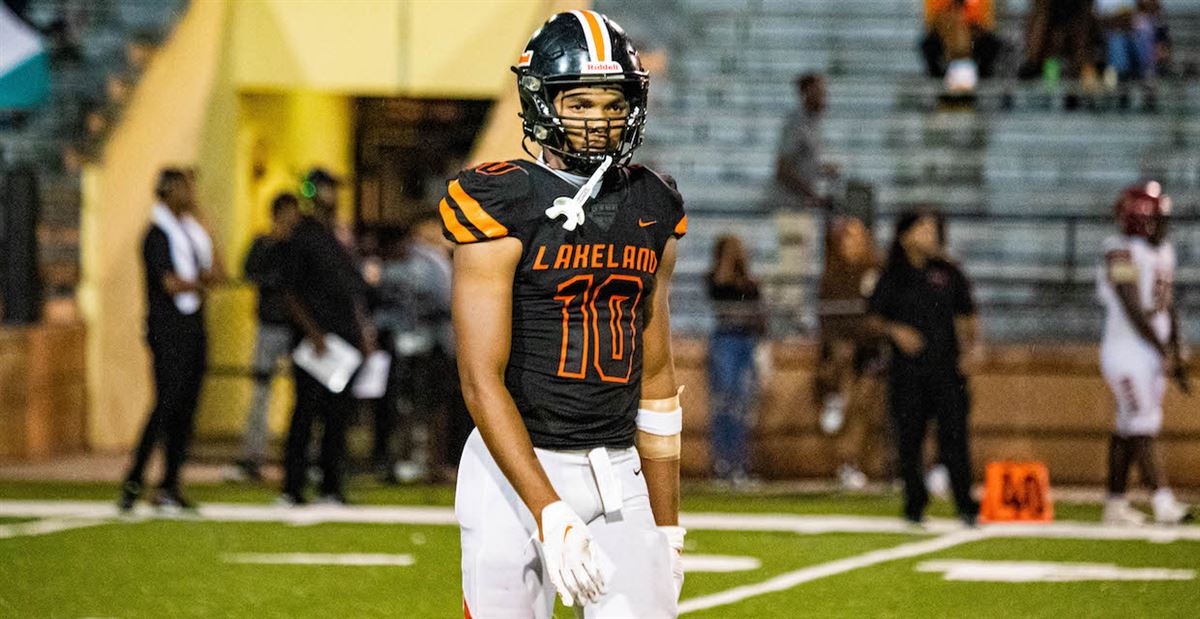 He had offers from 43 other programs, including Clemson, South Carolina, Texas A&M and Alabama.

Williams (6-foot-3, 200 pounds) has a four-star rating and is ranked No. 20 at his position in his recruiting class, according to 247Sports. He has drawn comparisons to former 49ers first-round draft pick Michael Crabtree.

That makes three wide receivers who have committed to Georgia and 20 players overall. Thanks to this addition, the Bulldogs have pushed up past Texas and now their 2023 recruiting class ranks No. 2 in the country behind Alabama.

Cormani McClain narrows choices down to 3

Williams isn’t the only rising star that will come out of Lakeland next year, though. The top remaining undecided recruit in the country is his teammate, cornerback Cormani McClain.

McClain is not only the undisputed top cornerback in his class – he’s No. 2 in the nation overall according to the composite rankings. So whichever team receives his commitment will get an elite shutdown defender and a magnet for other top recruits. McClain has narrowed his choices down to three schools: Alabama, Miami and Florida. He told Andrew Ivins at 247Sports that he doesn’t have a commitment date yet, but it will probably be very soon.

Florida hosted McClain for a visit in their season-opening win over Utah, and he’s scheduled to visit Alabama in two weeks. The Gators are the favorites to get him.

Samuel M'Pemba to Missouri among biggest visits this weekend

M’Pemba (6-foot-3, 240 pounds) is the second-ranked edge defender in the country and 24th overall. He has 37 offers, including one from Missouri – where he will be visiting this weekend, per Rivals.