The No. 3 Iowa vs. No. 4 Penn State game is recruiting central for Hawkeye prospects

The No. 3 Iowa vs. No. 4 Penn State game is recruiting central for Hawkeye prospects

As far as the 2021 college football goes, the matchup between No. 3 Iowa and No. 4 Penn State will likely knock one team out of the playoff hunt and give the other a massive achievement to tout when the final rankings are being debated.

It’s a matchup that could be pivotal for the present and for the next four years.

247Sports ranks Xavier Nwankpa as the No. 13 player in the 2022 class and No. 1 safety. Their composite rankings show him as the No. 45 player and No. 3 safety. Difference in ranking aside, the consensus four-star recruit has 32 offers and is highest on Iowa, Notre Dame and Ohio State, according to 247Sports.

Kyle Kasper is a consensus four-star prospect between 247Sports’ rankings and their composite. Listed at 6-foot-5 and 195 pounds, the junior has size that allows him to get the ball.

Through four games this season, he has 323 receiving yards and four touchdowns.

JJ Kohl, ranked a three-star prospect on 247Sports and the No. 24 quarterback in the class of 2023, is visiting his hometown university.

The Ankeny (Iowa) quarterback has thrown for 1,165 yards with 16 touchdowns to only two interceptions this season, according to Varsity Bound. Iowa will try to convince the 6-foot-6 junior to stay.

Listed as a three-star athlete on 247Sports, Jamison Patton’s only offer so far has been from Iowa. A dual-threat quarterback, Patton passed for 367 yards and two touchdowns and interceptions apiece alone with 18 carries for 62 yards and three touchdowns in the shortened 2020-21 season.

Jaxon Smolik is not ranked by 247Sports, but he does have interest from both Iowa and Iowa State, according to the recruiting site. He split time at quarterback last season and is behind senior Jake English this year, according to Varsity Bound. 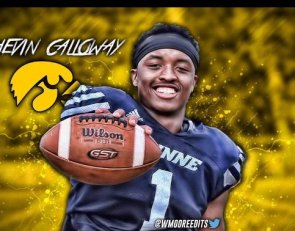 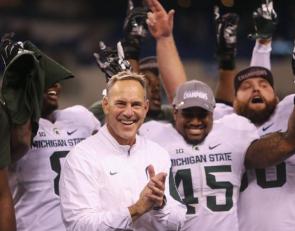 https://usatodayhss.com/lists/iowa-penn-state-game-hawkeye-recruiting
The No. 3 Iowa vs. No. 4 Penn State game is recruiting central for Hawkeye prospects
I found this story on USA TODAY High School Sports and wanted to share it with you: %link% For more high school stories, stats and videos, visit http://usatodayhss.com.