Another intriguing week of action for each team ranked in USA Today’s Super 25 is already underway.

No. 13 Corner Canyon kicked off the week on Wednesday after its regular-season finale was moved up by a day at the last minute. Friday night will feature no shortage of juicy matchups, as No. 14 Center Grove and No. 25 Cathedral will battle for the No. 1 ranking in Indiana, No. 2 St. Thomas Aquinas (Fla.) will kick off its 2020 season and No. 8 Ryan (Texas) will return to the field after being forced to postpone its last game because of positive coronavirus tests in the program.

With that being said, let’s see what’s in store for each team in USA Today’s Super 25 in Week 7.

IMG Academy will receive a bit of a break after doing battle with No. 5 Duncanville in Texas last weekend, as the Ascenders are set to host an 0-5 Bishop Sycamore team on Friday night.

No. 3 North Shore (Texas) at Manvel

North Shore’s competition ramps back up against this weekend, as it travels to Manvel to take on the 2-0 Mavericks.

No. 4 Grayson (Ga.) at South Gwinnett

Grayson is in the midst of a brutal two-game stretch and will hit the road to take on 4-1 South Gwinnett on Friday night. It took double overtime for Grayson to remain undefeated last weekend.

Duncanville is off in Week 7, giving it ample time to recover from its 41-14 loss to No. 1 IMG Academy before taking on Waco next weekend.

Austin Westlake will look to push its streak of 50-plus-point games of four against 1-2 San Marcos on Friday night. Austin Westlake has allowed only one touchdown through its first three games.

Chandler will host 1-2 Perry on Friday night. The Wolves are fresh off a 64-0 rout of state-ranked Pinnacle.

Ryan returns to the field after it was forced to postpone its last game due to positive coronavirus cases in the program against 1-2 Denton on Saturday afternoon.

Miami Central begins its 2020 season next weekend against No. 22 Northwestern.

No. 10 Lowndes will play host to 0-5 Alcovy on Friday night after downing Valdosta last week. 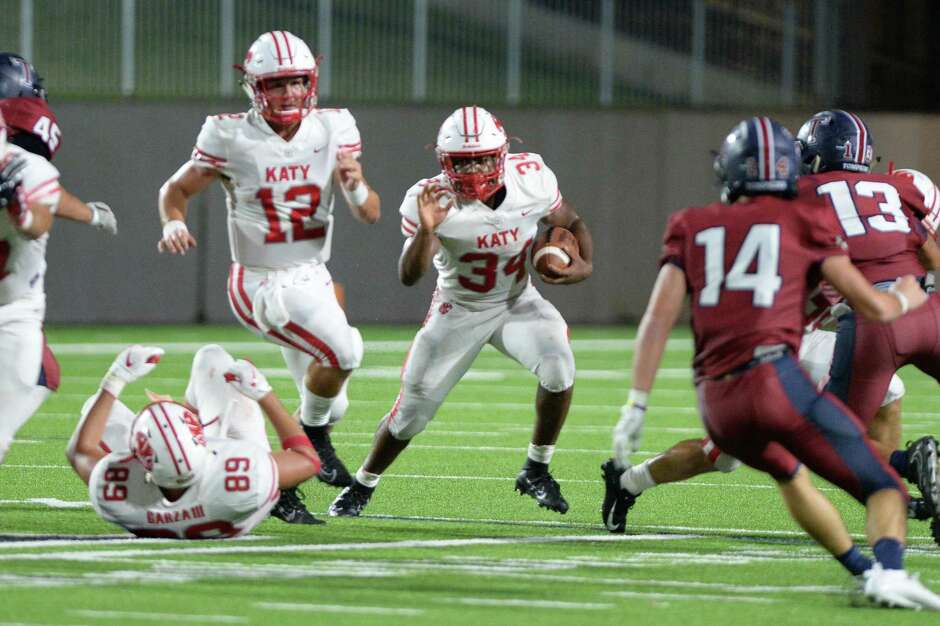 Katy’s highly-anticipated Friday night showdown with Tompkins has been postponed to Week 10.

Corner Canyon’s regular-season finale was pushed up to Wednesday night, but the short-notice scheduling change did not hurt the Chargers, as they completed an undefeated regular season with a 53-32 win over American Fork.

The matchup everyone in Indiana has been waiting for is only 24 hours away.

No. 14 Center Grove and No. 25 Cathedral, ranked No. 1 and No. 2 in the state, will do battle on Friday night in a battle of unbeatens. Bragging rights and the top spot in the Indiana state rankings will be on the line when these two teams take the field.

Thompson will (finally) have its work cut out for it when it hits the road to play 6-1 Oak Mountain on Friday night. Thompson’s schedule has been relatively easy so far in 2020, but Oak Mountain is certain to put the Warriors to the test. If Thompson can put together a dominant win, it would send a resounding message to the rest of Alabama.

St. Louis University High School is next up on De Smet Jesuit’s slate, as the Spartans will travel to the 0-2 Junior Bills on Friday night.

Undefeated Dutch Fork will travel to 0-1 Lexington on Friday night.

DeSoto is in for an interesting test in its first week as a USA Today Super 25 team, as it will host 5-2 Trinity Christian – Cedar Hill on Friday night.

Trinity Christian – Cedar Hill has played a national schedule amid the COVID-19 pandemic. It is led by quarterback Shadeur Sanders, son of NFL Hall of Famer Deion Sanders, who also happens to serve as the program’s offensive coordinator.

Pickerington Central will host 4-3 Hilliard Darby in the second round of the OHSAA Division I Region 3 playoffs on Friday night.

5-0 Bixby is slated to take on 4-2 Page High School on Thursday night.

Allen’s game against Tyler Legacy has been canceled because of positive coronavirus cases in Allen’s program. Allen was forced to cancel its game against Cedar Hill last week.

Northwestern will begin its 2020 season against No. 9 Miami Central next weekend.

https://usatodayhss.com/lists/usa-today-super-25-week-7-preview
Super 25 Week 7 Preview: No. 14 Center Grove, No. 25 Cathedral battle for Indiana supremacy
I found this story on USA TODAY High School Sports and wanted to share it with you: %link% For more high school stories, stats and videos, visit http://usatodayhss.com.